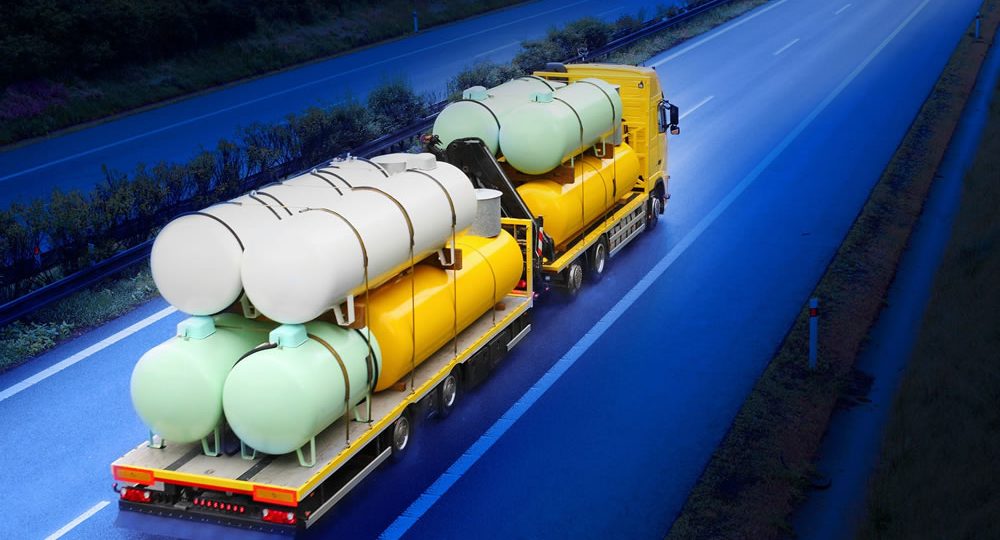 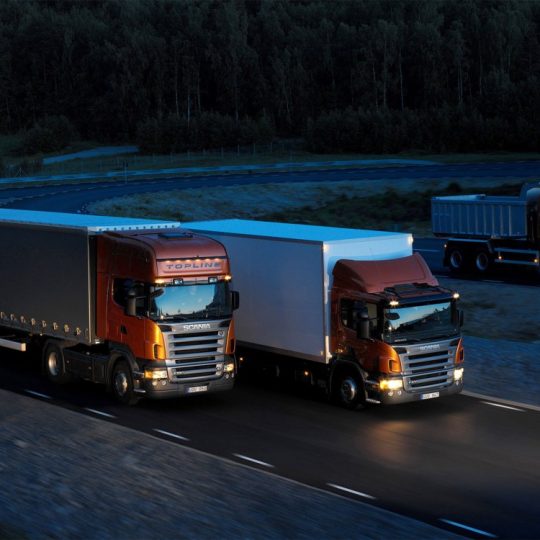 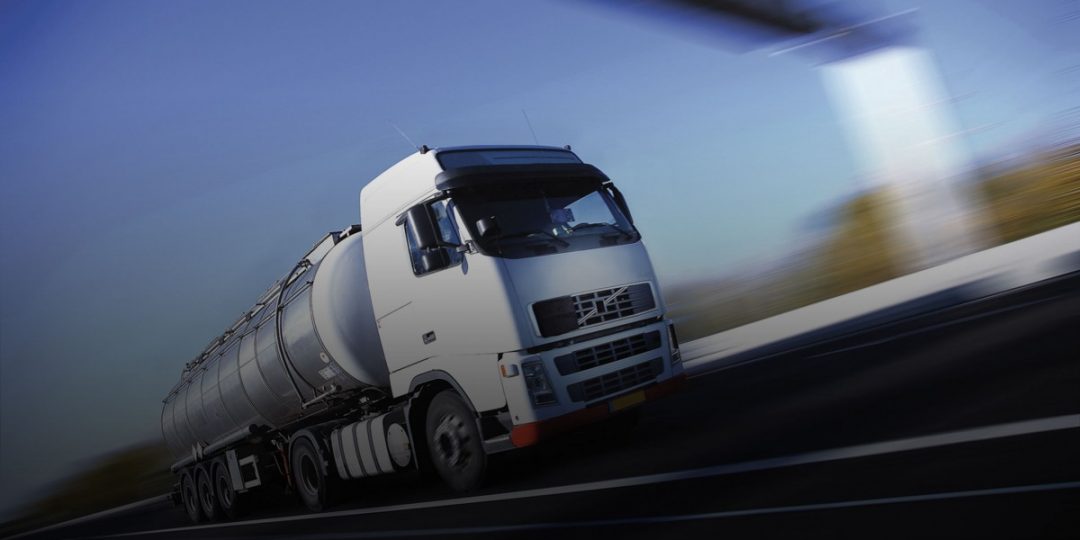 In a few years, land and airline headed by the transport sector in 2016 again a state-owned company headed the ranking. It is the National Railway Infrastructure Company with its 350 million BGN revenue. However, the company has a number of problems and its loss increases every year and is now 28.2 million BGN.

Leading it is due to parts of the worsened international environment for road hauliers, for whom European transport is becoming more and more difficult. A number of Western countries have begun to introduce additional conditions, such as protectionist measures for local automobile companies that restrict carriers from Eastern Europe. “Every month a regulatory base is created,” said Penko Nestorov, one of the two owners of the road carrier PIMK. Such are the minimum wage requirements for drivers, regardless of where the employer company is registered. This started with Germany and the example was followed by other countries. Carriers say that in France, Belgium, Austria, Germany, there is already a requirement that the driver can not sleep in the driver’s cab.

At the same time, the situation in Turkey has become too unpredictable. This has no effect on the economy of the country, with carriers reporting that there is an imbalance in imports and exports to and from the country, which leads to a fall in the profitability of the courses.

A major problem for carriers is also the lack of international drivers for which they have signaled for a long time. Despite high pay, which can be compared to that in the information technology sector, the profession remains unattractive or the trained employees here prefer to work for foreign companies. The forecasts for this and next year are not good, with the above problems emerging as a lasting trend.

Some of the car and forwarding companies see a solution to these intermodal transport problems, where goods are picked up by train and rail journeys, and lorries are used to reach the terminals and from stations to the final destination. This type of transport has long been very popular in Europe, reducing emissions and traffic, as well as the need for international drivers.

Where are the drivers?

General transport problems are reflected in the report of PIMC’s largest road carrier on the basis of revenue and the number of tugs – 1200. The company grew convincingly for several consecutive years. Until 2016, when revenue fell 17% and company number 1 in the past year, it fell by 2 places. As the main reason for this, the company points out the shortage of international drivers, which leads to the staying of the trucks in the garage. This is because after a distant course the driver is given a certain amount of time to rest at home and since there is no one to replace it the vehicle remains for some time unused. “Before there were free drivers, there are now 150-200 people,” says Penko Nestorov. The company has even calculated that it misses a monthly income of 1-1.2 million leva from the staying in the garage.

Another reason for the downturn is the poor year of building infrastructure projects, with about 20% of PIMK’s fleet being bulk trucks. And, of course, the protectionist measures in Western Europe.

As an opportunity to minimize these problems and offset the smallest road traffic, the company sees the intermodal transports it has been trying to develop for several years. Together with DB Schenker, she began to make such transports from Rousse to Austria and Germany, and recently invested in its own PIMK Rail Company, with five locomotives, special wagons and small sample containers. PIMK now applies through its subsidiary Terminali for the concession of the intermodal terminal near Plovdiv, for which the state is seeking an operator. “The next three years are expected to have a large increase in these shipments, given the low base,” Nestorov said. “There is interest, and there is nowhere to go to loading and unloading,” he said. PIMK is the only candidate for the terminal, with the minimum investment requirements set by the Ministry of Transport amounting to BGN 4.6 million.

Things will not be easy because of the poor railway infrastructure in Bulgaria and Romania, ie. The country’s poor rail connectivity to Europe, leading to major delays. For this reason, the joint train between PIMK and DB Schenker was stopped, and if the company won the concession on the terminal, it would be more likely to travel to Austria and Germany, but through Serbia.

As a later project this year, PIMK also participated in the procedure for choosing a concessionaire at Plovdiv Airport in a consortium with the Trakia Economic Zone.

Intermodality is also set by the transport company Gopet Trans. It increases its revenue by 13.5% and climbs up to number four in the ranking of transport companies, and is the largest in the group of freight forwarders on this indicator. The company, based in Kazichane, owns Petar Petrov together with his wife in 1995. It has grown steadily over the years, aiming to become a medium-sized European company that offers good groupage service at least in the Balkan region. In this connection, the network connecting Athens, Sofia and Bucharest is developing. Now Petar Petrov explains the growth for 2016 with that of the markets where the company operates, such as Romania, for example, and the natural growth of Gopet Trans customers’ business. “We are developing with our customers,” the company said.

However, the company has also made serious efforts to expand the services it offers. It has the highest growth in intermodal transport, which has been available for several years. The increase is 20%, ie 20%. Their growth outpaces the company’s overall. In 2014, Gopet Trans launches its first intermodal train linking Stara Zagora with Rousse and the Romanian city of Curtići on the western border of the country. From the Rail terminal Arad, the trains leave for Genk, Belgium, and the UK. In 2015, intermodal services accounted for about 5% of the company’s revenue. Then the forwarder announced that he plans to invest another 2 million leva in the development of this type of transport until 2016.

Intermodal transport now accounts for 7-8% of revenue. It is invested in the necessary transport units, targeting customers who want their loads to be transported in this way. The number of endpoints they can reach by train – northern France, Austria, is also expanding. Intermodal transports will be offered by the company in Poland. This is done by signing contracts with the operators of certain trains and negotiating their places for the Gopet Trans cargoes. In Poland, for example, in contrast to Bulgaria, there are over 10 terminals where loading and unloading of containers from trucks on a train can occur and vice versa.

Over the years, Gopet Trans has built its network of offices. Except in Bulgaria, Greece and Romania, the company also has offices in Austria and Poland. A new one is added in 2016 in Spain. Since 2017, the company has added to its portfolio of maritime container shipping services. Through the company’s office in Athens from the ports of Thessaloniki and Piraeus, the main directions are for the Middle East and Africa. For 2017 Petar Petrov is a moderate optimist and has staged a growth of 8-10%.

Growing with the center of Plovdiv

The biggest growth for the past year in the transport sector is the Plovdiv automobile company “Petko Angelov BG”. The owner Petko Angelov, who gave his name to the company, does not like the media noise around his business and rarely shows himself publicly. This has not changed over the years, although its company is growing steadily and is in fact the second largest automobile company in the country after the Plovdiv PIMC.

Petko Angelov began his transport business as a sole trader in 1990. He reports that he is headed for the transportation of goods with little inheritance because his father worked in transport as a driver at the Plovdiv Store for Storing Devices. His first trucks are two MAZ tugs, bought in the old. The expansion of business began in 1999, and the company was already on its way to transportation from and to Europe. Mercedes trucks and two new Iveco vehicles are added to the car fleet. In 2002, Agropromstroy returned 60 Iveco trucks, of which Angelov bought 10 and the company’s trucks became 20. To date, the company now has 510 tugs. There is a base of 30 acres with mechanics, a spare parts store and a hotel.

Growth over the years comes with increasing customers and orders. The company carries out transport of all types of cargo, including dangerous goods. It carries out intra-European transport and transport services Europe – Turkey and vice versa. Major customers are forwarding companies from Turkey, Spain and Austria.

Angelov is one of the most active Bulgarian carriers on the Turkish market, as in previous years, about 40% of the company’s transports belonged to Turkey. The company also has subsidiaries in Spain and Turkey, with Spain being the second most important market for the company. Given the major political turmoil in neighboring Turkey that can not affect the economy of the country, Angelov explains that this share of transport as part of the company’s general business has shrunk. However, in the past year, the carrier has increased its tugs from 460 a year earlier to 510 at the moment, which explains the revenue growth.

Not so dynamic are the list leaders, who have a number of difficulties despite their high turnovers. The National Railway Infrastructure Company increases its loss every year, although the state subsidizes its activity each year. The money goes to salaries and capital repairs, and NRIC has constant problems with the financing of the projects managed under the Operational Program “Transport”. Hristo Aleksiev, the official of the company, announced that it needs an additional BGN 30-40 mln annually to the state’s money for capital repairs, which is 105 million leva per year. The company stands out as one of the cash boxes to distribute large sums to construction companies, and the companies associated with Delyan Peevski are among its favorites.

The sky is not cloudless for the national air carrier “Bulgaria Air”, which continues to shrink its revenues in 2016. The company is experiencing the increasingly serious competition of the low-cost airlines, since last year Ryanair landed at Sofia Airport. Bulgarian airlines do not greatly benefit from the high growth of passengers at Bulgarian international airports, with only Bulgarian Air Charter having revenue growth.

In the year 2016, 9.179 million passengers have crossed the international airports in the country, the Association of Bulgarian Airlines announced. This is an increase of 23% per year – 23.2% at Sofia airport and 22.7% at Varna and Burgas airports. It can also be felt from airport reports. “Fraport Twin Star Airport Management”, the concession company of the two Black Sea airports, increases both its revenue and profits. Still, the state-owned Sofia Airport only raises its revenues, and since it devalued its receivable from Corporate Commercial Bank (CCB) to the amount of BGN 25.5 million, it ended otherwise in terms of flights and passengers in 2016 at a loss of BGN 13.8 million. .

Revenues fall for the maritime carrier Bulgarian Maritime Fleet. Despite the difficult ocean market, the brothers Cyril and Georgi Domuschiev’s family can boast this year with their judicial success against the Privatization Agency. At the beginning of April 2017, the Court of Arbitration at the Bulgarian Chamber of Commerce and Industry issued a decision allowing the contract for privatization of BMF to be changed and to reduce the requirement for the maintenance of certain tonnage vessels, which would save the shipowners from paying penalties Of over BGN 50 mln.